We received lots of information this morning from our doctor, asked lots of questions, and got a few issues cleared up.  Cliff will be seeing him every seven to ten days for a quick blood draw and check on his leg edema to keep him out of clinics and hospitals. He gave us some suggestions on handing pressure and emotions that pop up during the difficult days.   We both felt good after the consult this morning.  Cliff needs to prop up his feet during his rest time. I need to get back to my exercise, whatever it is I choose to do, and we need to take breaks from each other when we get on each others nerves.

Last night Cliff showed up at his Station 25 training and was warmly welcomed back.  It's been a couple of months since he's been on any calls or to any training but his volunteers have been in constant contact checking on him.  Since there was no chemo Monday he felt well enough to try the meeting.  What a boost to his moral......a feel of normalcy.  After telling one of his friends that I made him a meatloaf because it's what he craved, the friend showed up this afternoon with two packages of frozen elk hamburg and five pound of frozen grass-fed beef, which he raises himself.  Not the elk. Not sure where that comes from.  Cliff just got a text from Jamie, the beef friend, and his mother-in-law is making Cliff a meatloaf for tomorrow!

We've had 4.6 inches of rain since yesterday forming new streams down the mountain. 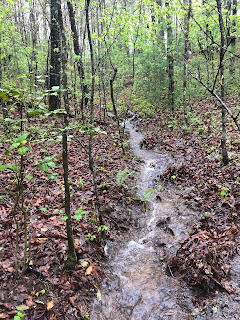 I walked down through our woods this afternoon between storms and found this new creek running down the mountain. 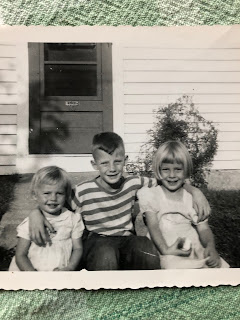 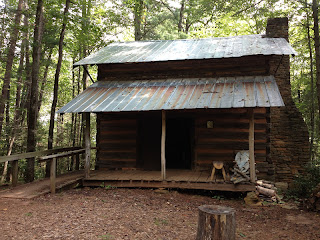 FOXFIRE Foxfire, a phosphorescent lichen, a tiny organism that glows in the dark and is frequently seen in the shaded coves of these Appalachian mountains. In 1966 Brooks Eliot Wigginton accepted a job in  Raburn County where he found teaching high school English students an educational and disciplinary challenge. Reflecting back on some of his own boring lecture classes in high school, he decided to engage them and hopefully increase their desire to learn by starting their own magazine.  It needed to be something relevant  that would sell so he assigned students to go home and begin interviewing their relatives about planting by the moon signs. These conversations led to superstitions, home remedies,weather signs, and other stories.  As they collected these stories, a name was needed for the magazine.  Each student submitted 3 titles which students then voted on and that's how "foxfire" began.  Thursday we headed to Mountain City in north Georgia to visit the Foxfi
Read more
- March 07, 2021 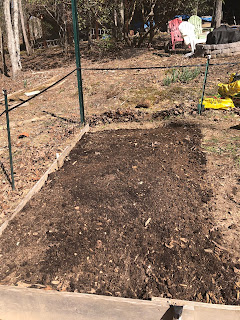 Brrr!! Nineteen degrees with humidity of only 26% this morning at 6.  There is  special weather statement for East Tennessee and our area due to the very dry air mass which is dropping the afternoon humidity values to 20% increasing forest fire danger.   Yesterday afternoon I put on garden wrist supports and gloves, emptied two bags of mushroom compost and a bag of cow manure where I'll plant lettuce seeds by the end of March.  With the garden fork I turned over the soil and mixed the three bags in.  We'll get more bags this week and I'll tackle another section.  Usually Cliff tills the compost and manure in for me but we need to get him back on his feet first.  The temperature was 54 yesterday with a brisk dry breeze.  Sitting the sun felt good to him.  He's gets cold easily. The Carolina wrens began building their next the third week of February!  They're still adding to it.  They had better include some insulation in their deep tunnel.  Nights are still cold.
Read more